skip to Main Content
As news has surfaced that the University of Pittsburgh may be purchasing the Twentieth Century Club building, two Pittsburgh women — architect Mary Barensfeld and lawyer Abby Wilson — share their thoughts on the importance of this local treasure.Seven pioneering Pittsburgh women founded the Twentieth Century Club (TCC) in 1894 with a clear purpose: to create an “organized center for women’s work, thought and action” and to “advance members’ interests, promoting science, literature, and the arts and provide a meeting space for members.”But dwindling membership and cultural changes (and, perhaps, a failure to evolve and modernize) have forced the remaining TCC members to put this historic building up for sale. For all the region’s women and their allies past, present and future, this cultural institution must be saved.Dripping in place-making and architectural character, this stone bastion of women’s power is unique. It is a historical marker on a timeline of women’s rights — important not only to the history of this particular women’s organization or the general cause of women’s progress, but also as a great Pittsburgh building. The Twentieth Century Club’s headquarters deserves a better fate in the 21st century than total destruction or possible dismemberment for re-incorporation, piecemeal, into new “modern” façades (known in architecture as “façadism”).And the cause of women’s thought and action deserves better, too.Over its 125-year history, the club has provided a physical and psychological space for women to become involved so many cultural and civic engagements — a place all their own. The club’s positive impact on Pittsburgh includes everything from fundraising and children’s programming to bringing filtered, clean water to underserved communities (unfortunately, still a public health issue here) to support during WWI and WWII via blood centers, war bond sales and much more.The club has also funded travel libraries, financial aid for juvenile court, public baths and universities, to name just a few. Today, the club continues to provide weekly lectures, trips, concerts and other community engagements — just not enough of them to keep the doors open.Located at 4201 Bigelow Boulevard in Oakland, the building is an invaluable marker in the cultural and architectural fabric of our city. To enlarge and improve upon their original brick clubhouse built in 1910, the club hired esteemed Pittsburgh architect Benno Janssen in 1929.Janssen’s solution was to wrap the old club in new stone elevations, replete with meaning specific to the club’s mission and purpose. Minerva, the Roman goddess of wisdom, gazes out from a stone frieze above the entrance along Bigelow. The club’s motto “non nobis solum, sed toti mundo,” which translates to “not for ourselves, but for the whole world,” triumphantly wraps along Parkman Avenue.Boldly and unapologetically, the women of the Twentieth Century Club inscribed the name of their organization along the Bigelow Boulevard elevation. This building is a strong, clear statement of a club with a mission. It is not, as our grandmothers might say, weak in taste, or “a vanilla bean being dragged through water.”Janssen’s Italian Renaissance Revival set-piece claimed a corner of what was then the cultural center of Pittsburgh: Oakland. His double staircase main entrance, possibly a quotation of Michelangelo’s Palazzo del Senatore on the Piazza del Campidoglio in Rome, offers grand access to the club’s pursuits: helping others and providing a nurturing space for women’s thought and action.This established Pittsburgh architect used his own attentiveness and interest in romantic classical detail to emphasize club-specific imagery: a powerful place-making technique, and one we would argue designers are too timid to utilize today.

The club, with its history of optimism, determination and community-minded motivations, is inseparable from the building and its outward display of unapologetic vision and character. Here, women speak boldly and clearly. As one former Twentieth Century Club president said, “We don’t isolate ourselves; we are a force of our own.” The club building does no less.

The building should be saved in its entirety, restored where the vagaries of time and capital underinvestment demand it, and owned and run by and for women. This will require significant investment, and potential restructuring. Now more than ever, this place and its history present a unique opportunity to advance the interests of all women in this region, who may not see themselves in Janssen’s building or the club itself today, but might if we reimagine who this very special place is for and what is possible there — not for ourselves, but for the whole world. 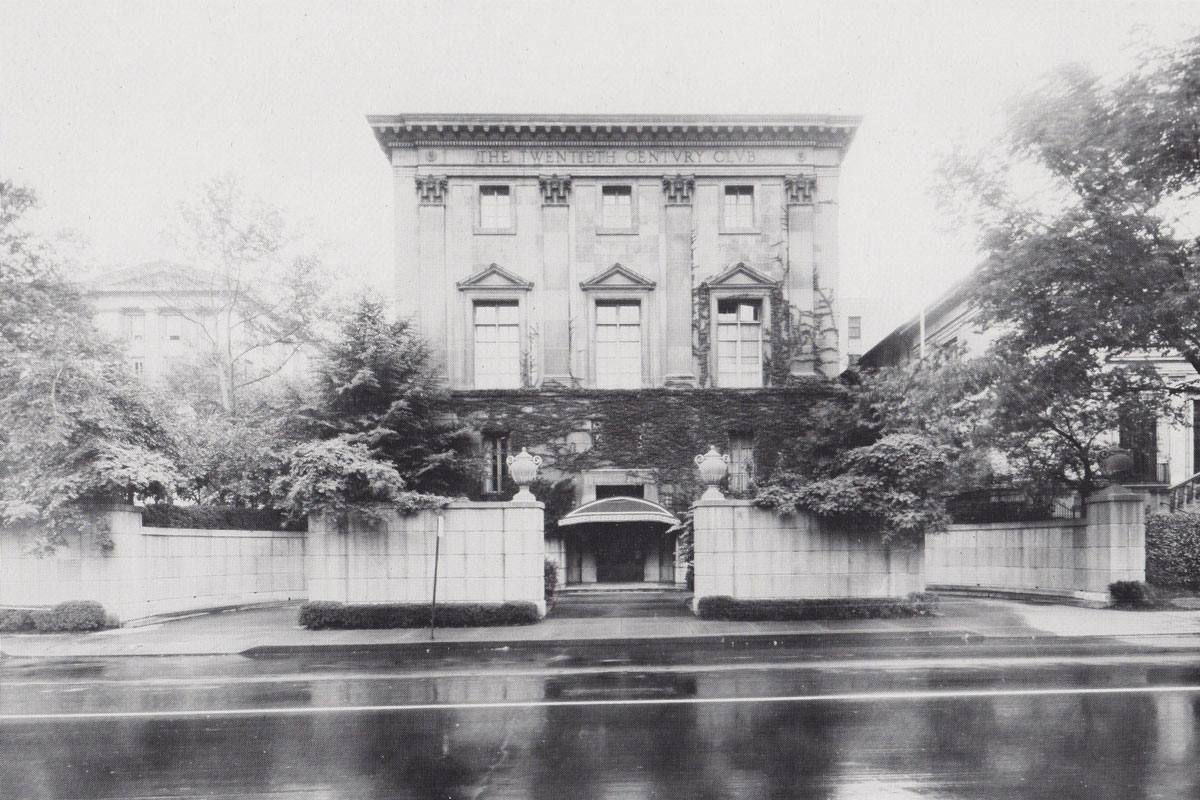 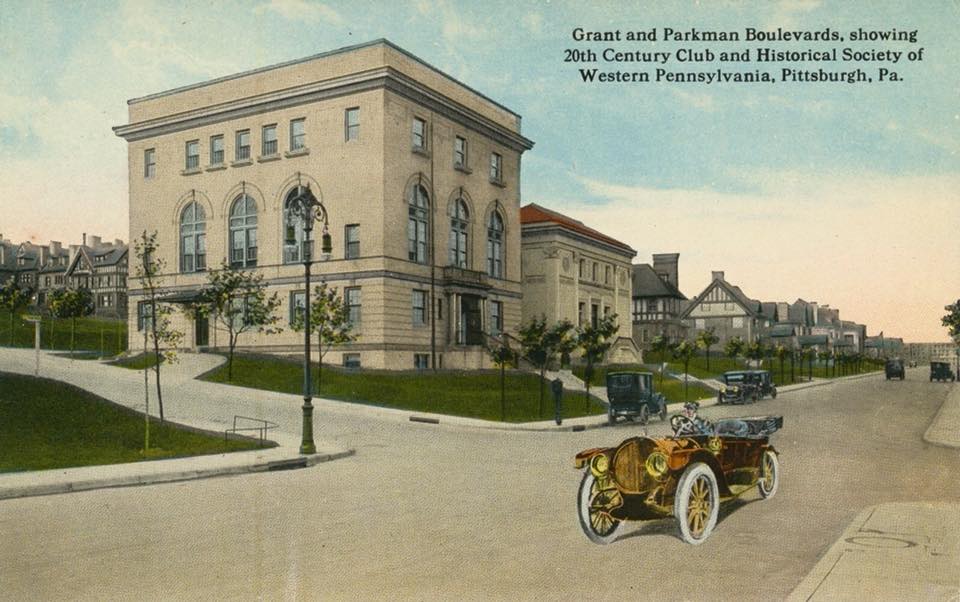 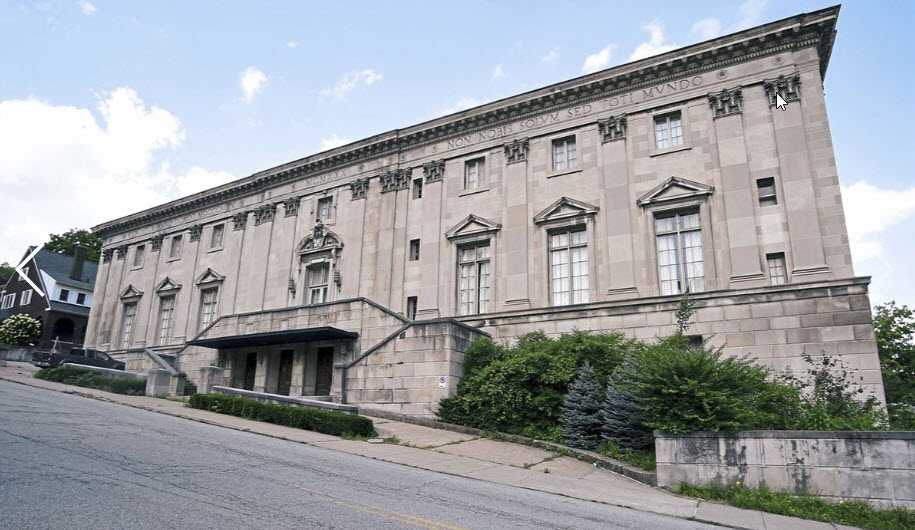 For National Women’s Month, AIA Pittsburgh is partnering with Point Line Projects to highlight some of…

Leading by Design explores the work of PennDesign alumni, faculty members, and supporters of the…